OPINION: Imagining alternatives to the existing promotion and progression policy 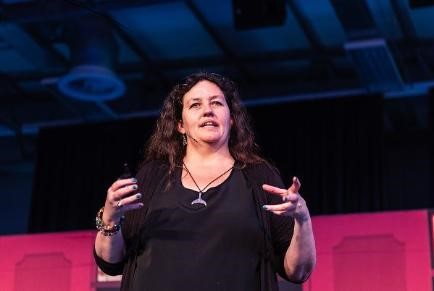 By Nicci Hayes, Centre for Social Development at Rhodes University

Our current system of promotion and progression in South Africa — though well-intentioned — has had negative consequences for teaching and learning, specifically for children in some of the country’s most impoverished communities. During my three decades as an educator in the Eastern Cape, I saw first-hand how the implementation of this policy allowed vulnerable children to slip through the cracks in our education system, without adequately receiving the help they need.

During years of struggle, these learners find themselves in a cycle of disengagement that eventually leads to dropout. The odds are also stacked against those who make it to matric, because they are never fully prepared to pass their final year of schooling.

I worked in quintile three and five schools for most of my professional career as a principal and teacher. I remain firmly connected to these spaces in my role as coordinator of the Makana Circle of Unity Education Cluster, and I regularly engage with principals confronting the same problems that I witnessed years ago.

To better understand the effects of this policy, it’s useful to distinguish between “promotion” and “progression”. A child is promoted if they “pass” a grade. Progressed children haven’t passed but have gone on to the next grade because of how the repetition policy is structured.

A learner is only allowed to repeat a grade once during each phase of their school career (foundation, intermediate, and senior). In practice, this means that if you fail Grade 7 and repeat that year, you cannot be held back again in Grade 8 or Grade 9.

This system continues until Grade 10 where (in Grades 10 and 11) additional requirements must be met before a child can move forward. These learners are the contentious “progressed learners” who until 2020 have been allowed to choose to write their matric exams over the course of two years.

In theory, these learners have individual development plans meant to assist them to remediate the concepts not yet mastered. However, this policy is aspirational in a school with large numbers of progressed learners and no teaching assistants. Until this year, the results of learners who fall within this category have been largely invisible, because they do not officially form part of either their first or their second year if they split or “modularize” their exams. From this year onward, we are expected to see the effects of this policy in the annual matric results.

I have no doubt that this system sought to prevent a situation where over-age learners are in classrooms with a much younger cohort. I suspect this policy also hopes to solve the problem of children feeling humiliated and inadequate because they have to repeat a grade.  However, teachers and principals in the Sarah Baartman District of the Eastern Cape have noted the following unintended consequences of this policy:

Stranded in matric without the skills to cope

Learners who have never actually passed find themselves in matric where they have to pass to qualify for a National Senior Certificate.  Most children only get one chance at this (as most schools don’t have room to allow matric repeaters). These learners are now under immense pressure to pass, despite wide gaps in their foundational knowledge. They also lack the academic grit and rigour needed to succeed during the most challenging year in their learning journey.

In disadvantaged communities located in the Sarah Baartman District, unemployment figures peak at around 70% and many children see university graduates struggling to find jobs. Within this context, we see children who are incentivised to stay in the system because schools offer safe spaces where they can access a meal. This is a factor in quintile 1-3 schools that administer the National School Nutrition Programme. When learners land in Grade 10, we see a spike in dropout or stagnation, which eventually leads to dropout.

Grade 8 and not yet literate or numerate

Many learners enter high school without mastering basic literacy and numeracy skills. There is a high likelihood that they will continue falling behind academically and eventually drop out.

In my experience, the weaknesses in the current system are not benefiting our learners and preparing them for a successful post-school career. The promotion and progression policy needs to be thoroughly examined in light of the reality in large schools where learners are caught up in a cycle of disengagement.

We have two options. Firstly, we can focus on improving the effectiveness of individualised remediation programmes by providing these schools with support and resources. Second, we need to seriously consider amending the current policy so that it aligns with the challenges faced by so-called “underperforming schools”.

School leaders are thinking of novel ways to avoid the unintended consequences of the repetition and progression policy. Based on their on-the-ground experience, they are trying to think of solutions that would fit the circumstances of learners experiencing major disruptions on their route to school completion. It’s clear that one-size-fits-all policies exclude the most marginalised, so how can we build a more inclusive system?

Several suggestions came up during informal discussions with principals of the Makhanda Principals’ Forum, the Makhanda Circle of Unity and the ZALC community of practice. These ideas, although not fully interrogated, are useful for imagining what the alternatives might be. They are in no way firm policy proposals.

Re-introduce an absolute pass or fail from grade 10 (ideally even earlier) in order to prepare learners for the harsh realities of matric.  In other words eliminate the concept of progression perhaps for all of high school. This will result in a stronger work ethic for some learners, which in turn will assist them to pass and be promoted to the next grade.  Some learners will inevitably repeat Grade 8 more than once, and for some, this might help rather than hinder them.

Write off the subject, not the child

Bring in a modular system similar to those used abroad and at universities. For instance, if you struggle with your first module of Zoology, you can change your subject focus and do something more suited to your talents. Perhaps the same system could be implemented at schools. A learner might end up with a year 10 in geometry but a year 12 in algebra. This system becomes more feasible the more we turn to digital and online teaching resources, and could also accommodate learners progressing beyond matric in certain subjects that they particularly excel in (using first year university courses, or A levels to supplement the school curriculum).

Keep the system of progression in place but change the end-point: everyone gets a matric. There are no specific minimum marks that determine whether a learner has passed or failed.  Universities and employers will merely use the standardised marks as a judge of the person’s capabilities in a relevant field.

The current promotion and progression policy is by no means a problem in isolation, and addressing it alone will not reduce our dropout rate, but it is to my mind a significant factor, and one which (perhaps more easily than other factors) could be addressed.