What factors make a learner more likely to drop out? 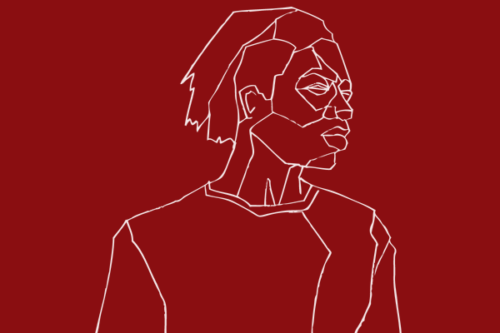 The Covid-19 pandemic has seen a rise in learners not attending school and who may permanently drop out. In November last year, the Basic Education Department (DBE) revealed[1]https://www.iol.co.za/capetimes/news/200-000-learners-dropped-out-of-school-in-just-6-months-says-deputy-minister-6602e56c-49dc-4e30-9eb8-b2d90876c799 that around 200 000 learners did not return to school during a six-month period. Even before the pandemic, around 40%[2]https://zerodropout.co.za/the-campaign-against-school-dropout/ of learners who started school in Grade 1 would drop out before completing matric.

So, what makes a learner more likely to drop out? Is it household income? Learning environment? Geography? Disability? And how does a learner’s gender shape their journey through school?

A new in-depth report published by the Zero Dropout Campaign explores these questions by examining how gender intersects with social inequalities – including race, geography and household income – to shape learners’ experiences of, and disengagement from, school.

“The report’s findings may surprise the average reader, compelling the basic education sector to rethink its approach to dropout prevention,” says Merle Mansfield, Programme Director of the Zero Dropout Campaign.

“With a fresh perspective, policymakers and education role-players may be in a better position to build more responsive programmes, policies and systems,” she adds.

Education experts and researchers are set to discuss the report’s findings at a virtual event on Thursday, 27 January at 10:00 am.

Dropout is not a singular event; it comes at the end of a long process of disengagement in which learners are pushed or pulled away from school because of disruptions to their education at home, at school and in their neighbourhoods.

According to the Zero Dropout Campaign’s new report, gender is among the many social, psychological and economic factors that disrupt learners’ journeys through school.

“These factors intersect with social and economic inequalities to deepen a learner’s disengagement,” says Mansfield.

Rather than being supported to complete their schooling, most learners in under-resourced communities get stuck in cycles of grade repetition, or withdraw from school altogether. Among learners in Grades 10-12, approximately 20%[3]https://resep.sun.ac.za/wp-content/uploads/2021/08/Resep-Document-V05-SvdB-edits.pdf are three or more years over-age, having repeated grades.

“Research shows that while dropout rates are high among learners of all genders, boys[4]https://www.education.gov.za/Portals/0/Documents/Publications/Sector%20plan%202019%2015%20Sep%202020.pdf?ver=2020-09-16-130709-860,%20%20pg.10 in South Africa are more likely to drop out, especially as they enter secondary school,” Mansfield points out. Many assume that girls will be more likely than boys to leave school because they are at greater risk of gender-based violence and unintended pregnancy.

“Our report finds that pregnant or mothering learners are bullied by teachers and peers, and discouraged or banned from attending school,” says Mansfield.

The long-term effects of dropout

For many children growing up in under-resourced communities, a matric certificate is an opportunity for social mobility, opening pathways to enter the labour market or further study. More than half[7]https://www.statssa.gov.za/publications/P0211/P02111stQuarter2021.pdf of South Africa’s unemployed population does not have a matric certificate. This not only limits their social and economic participation, it affects their mental wellbeing and health outcomes. Being unemployed and locked out of further education also lowers young people’s[8]http://www.opensaldru.uct.ac.za/handle/11090/968 self-esteem. Despite outperforming[9]https://resep.sun.ac.za/wp-content/uploads/2018/07/wp142017.pdf young men at schools, colleges and universities, women are still less likely to find a job.

“It’s evident that more research is needed to understand[10]https://www.tandfonline.com/doi/abs/10.1080/10130950.2019.1672568 why women’s advantage in education is not translating into higher labour market participation,” says Mansfield.

According to the report, supporting learners on their journey to school completion requires a dropout prevention plan that is responsive to gender inequalities. Far from reducing learners to their gender, effective gender programming should expand how learners of all genders view and experience the opportunities available to them, and offer a vibrant, safe learning environment for all.

Watch the launch of School Dropout: Gender Matters below.

To arrange interviews or for more information, contact Rahima Essop by sending an email to rahima@dgmt.co.za.