Five things we can learn from youth-led strategies in education 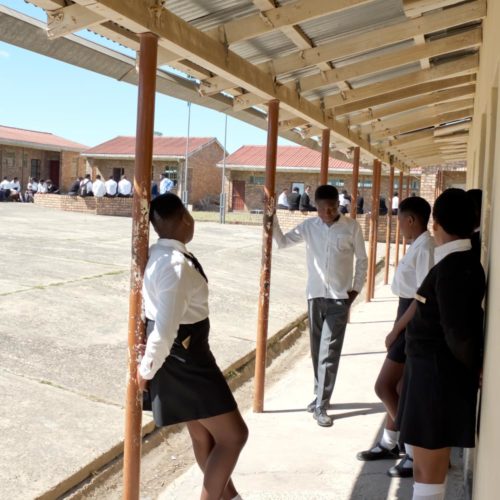 The LM Malgas Senior Secondary School in the Eastern Cape was vandalised in 2016 when learners allegedly damaged property because they were unhappy with policy decisions taken by the school's principal, barring them from taking knives to school. Their experience demonstrates that efforts to improve school culture require the buy-in and participation of young people.

What comes to mind when you think about youth activism? Perhaps it conjures iconic images of the 1976 Soweto Uprising or the removal of a statue of Cecil John Rhodes that stood undisturbed on the grounds of the University of Cape Town (UCT) until protests erupted in 2015. How can the energy and vibrancy of our youth be effectively channelled to decrease the rate of school dropout? We take a look at five lessons from youth led-strategies past and present.

Young people have the power to transform societies

In June 1976, thousands of black school children protested against the introduction of Afrikaans as a medium of instruction, and at least 176 were killed by police as a result. These protests, which spread to school-goers around the country, have been credited with changing the socio-political landscape in the country, and giving new impetus to the fight against the apartheid regime.

This movement set a precedent for youth activism, which not only had the potential to change individual schools and the education system but society at large. Since the problem of school dropout is driven by socio-economic factors and contributes to inequality, unemployment and poverty, we need a whole-of-society approach to drive lasting solutions.

Educate young people about their rights and nurture engaged leaders

Rights-based youth activism is important in not only claiming rights that are already evident on paper, but in developing conscious and engaged young leaders. An example of this approach is evident in the work of Equal Education (EE), which positions itself as “a movement of learners, parents, teachers and community members working for quality and equality in South African education, through research, analysis and activism.”[1]equaleducation.org.za They produce and share information about the state of schools and education through social media, and plan pickets to pressure decision makers into addressing these issues.[2]See South African students take a stand for quality education

However, one of the drawbacks of a vigorous rights-based approach is its potential to alienate teachers and principals threatened by the notion of learners fighting for their rights.

Finding balance with a values-based approach to youth activism

When South Africa abandoned a punitive approach to school discipline and replaced it with a rights-based approach, not enough was done to train school leaders and teachers on how to foster cooperation by learners in their own education. The old model relied on enforcing an “external locus of control” (adults using threats and violence to force young people to comply), while the new approach relies on fostering an “internal locus of control” among learners themselves. Schools (and “old-school” teachers) often do not have the knowledge or tools to develop an internal locus of control among their learners.

Developing youth activism is a crucial way of creating an internal locus of control among learners, which can leads to new relationships of mutual respect between learners and teachers.

The focus on values-based activism championed by Columba Leadership, and the inclusion of school leaders and teachers in the process, has served to limit the extent to which school leaders have felt threatened by the empowerment of learners to become activists within their schools.

Youth activism that fosters critical thinking and an understanding of how power and structural inequality work do not simply address surface issues or seeking cosmetic change. Instead, they are informed by a deep investigation about why learners are disengaging and what aspects of the system could be addressed to improve the situation.

Lead by example and find synergies

Youth-led strategies that have a peer-to-peer element to their focus are also useful. The Khula Development Group (KDG) piloted an approach in which learners mentored younger learners to become change agents in their schools. KDG works in 18 primary schools in Paarl and Stellenbosch, serving communities experiencing high rates of drug addiction, crime, illiteracy and school dropout.

The initiative also linked young leaders attending better off and well-performing schools in Paarl with those from poor neighbouring communities, creating new relationships and synergies between them and opening up spaces for new youth-led ideas and strategies on school engagement to emerge.

Posted on 1 Jun 2022 under Why school culture matters, Learners

FacebookTweet
Explained: The Second Chance Programme
I dropped out of school, now what?
Scroll