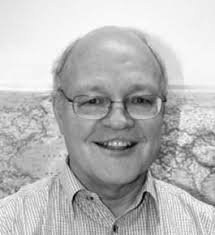 By Servaas van der Berg, Professor of Economics at the University of Stellenbosch

The past year will be remembered as the year of Covid. For children, the pandemic brought with it lockdowns and school closures, and when schools reopened, most children could only attend on alternating days or weeks. As a result, far less teaching, and consequently, far less learning took place. There was also probably much forgetting. As the US literature tells us: even long summer holidays cause a lot of learning loss or forgetting, especially for those from more disadvantaged backgrounds. As we enter a new year, we must think about what is happening in our schools, and what impact this will have on learner repetition and dropout – particularly in the context of an ongoing pandemic.

Research on Socio-Economic Policy, or ReSEP – a research unit in the Department of Economics at Stellenbosch University – undertakes quantitative analyses of important issues, such as dropout and repetition. We were commissioned by the Zero Dropout Campaign to conduct a two-part study on the impact of Covid-19 on schools by investigating dropout, repetition and enrolment, and the consequences thereof for the curriculum.

For the first part of our study, we used LURITS (Learner Unit Record Information and Tracking System) datasets from the Department of Basic Education to track learners from one year to the next. This gave us a good indication of the number of learners repeating grades. Unfortunately, the lack of unique identifiers for learners meant that they could not be tracked between schools. This means that if Learner A were in a particular school in 2018 and 2019, we could determine whether the learner had progressed or repeated a grade. However, if the learner left that school at the end of 2018, we are not able to say if they simply moved to another school (and progressed to the next grade or had to repeat a grade at their new school) or left the public school system altogether. Repetition estimates are, therefore, slight under-estimates, and dropout rates are difficult to determine.

Despite this, LURITS allowed us to form a clearer picture of learners’ journeys through the school system than we were able to before. We found much higher repetition for boys than for girls in every school quintile and in all grades. Repetition is much lower in Quintile 4 and 5 schools, and in primary rather than secondary schools. It is especially high in Grades 1, 4, 10 and 11. There are also large differences across provinces, with the repetition rate in the Western Cape peaking at 17% in Grade 10; while on the other extreme, the rate in Limpopo is 39% in Grade 10 and 30% in Grade 11.

High repetition leads to many learners being over-aged for their grade, which increases their odds of dropping out. Even in Grade 7, the end of primary school, 36% of learners are already overaged; by Grade 12, that proportion rises to 56%. More than one in five learners who reach matric are at least three years over-age, showing how common repetition is.

The upheaval of the Covid-19 pandemic has created uncertainty about how repetition policy will be applied going forward. Some indication has been given on the rules for promotion, but it is still not clear how parents and learners may respond to the uncertainty of the pandemic, the new repetition policy and poor job prospects.

If many more learners than usual were promoted to Grades 11 and 12 at the end of 2020, there will be important implications for how classrooms, books and teachers are assigned. Learners in all grades would also be academically further behind, compared to previous years. To add to this, depending on their socioeconomic background, some learners will have been more disrupted and experienced greater disadvantage than others. They will face even greater inequality in the classroom as teachers try to catch them up within circumstances that were already challenging prior to the pandemic.

While there may be many grey areas ahead, we know for certain that repetition is endemic in South Africa, which in turn contributes to our dropout crisis.