Everyone has the right to basic education, but administrative roadblocks are hampering access 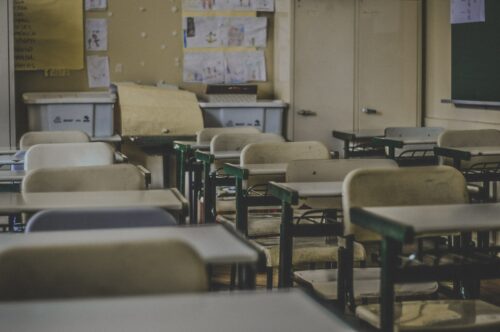 Getting to the end of your schooling career and finishing your matric exams can be both rewarding and exciting. As things stand, the National Senior Certificate (NSC) is the only widely recognised school-level qualification in South Africa. Completing matric unlocks opportunities for further study or employment. But it’s no secret that learners in South Africa face many roadblocks on their journey to school completion. Around 40% of learners who start school in Grade 1 will drop out of school before completing matric. Often, the decision to drop out comes at the end of a long process of disengagement in which a learner is pushed or pulled away from school because of disruptions to their education at home, at school or in their community. One such push-out factor is when a learner is denied access because they don’t have a birth certificate or identity document to submit to the school for administrative purposes.

With the help of a concerned teacher in her school and local NGO, Small Projects Foundation, a senior official in her school district was asked to intervene and Thandi could finally sit for her exams in 2021.

The absence of a birth certificate or identity document is not a roadblock unique to matric learners. Luyanda an 8-year-old boy from North Riding in Gauteng faced similar circumstances when his mother was told that he would no longer be able to attend school because he did not have a birth certificate. This was compounded by the fact that he did not have a transfer letter from his previous school. So, the National Association of Child Care Workers (NACCW) stepped in to help. The organisation connected Luyanda’s family with a social worker who helped them with the application process for a birth certificate and assisted Luyanda’s mother to apply for a social grant. NACCW staff also accompanied Luyanda’s mother to her son’s school and convinced the principal to re-enrol Luyanda.

Christina Morris, a teacher from Paarl in the Western Cape saw a similar situation play out in her school. She explains how a learner in her class was on the verge of dropping out after he was told that he wouldn’t be allowed to continue attending school without a birth certificate.

Hearing the news upset Morris: “I reached out to the Khula Development Group (KDG), a local NGO, and they assisted with getting him a birth certificate from Home Affairs. Without it, he may very well have been a dropout. He’s still in school now and is in my Grade 3 class.”

What can you do if you find yourself in a similar situation?

What’s evident from these stories is that being undocumented can be a major roadblock to enrolling and completing school, even when legislation is on your side. So, how do you ensure this doesn’t happen to you or someone you know?

Facebook0Tweet0
One in three pregnant girls drop out, but it doesn’t have to be this way
What does the matric pass rate actually tell us about the health of South Africa’s schooling system?
Scroll