Starting a Yethu Club: getting communities involved in preventing dropout 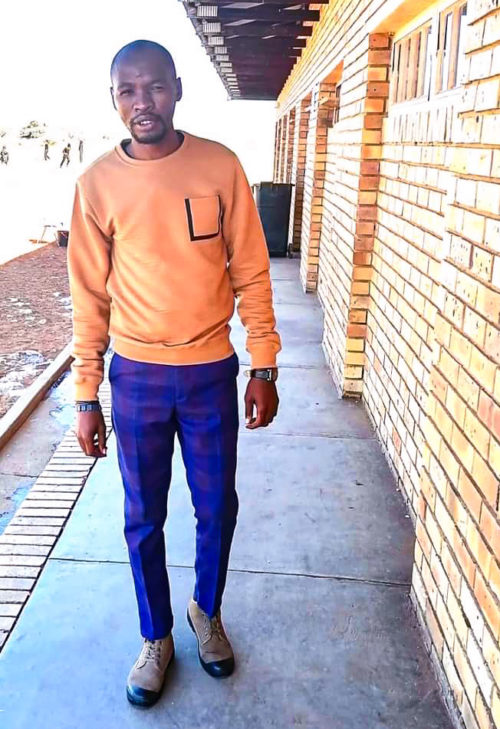 Tefo Gaebetse is part of the first cohort of Champion Teachers joining Yethu Network of Schools.

Poverty and inequality are the underlying drivers of dropout and a child’s neighbourhood can significantly impact their experience of school. This is true for rural and urban communities, particularly where school dropout is normalised and becomes an intergenerational issue. Leaving school before completing Grade 12 puts young people on a much shakier path to secure livelihoods, while also cutting them off from important forms of social and economic participation.

Tefo Gaebetse teaches in a community where dropout is a common occurrence and perpetuated by socio-economic factors. “Dropout is a culture in my community because far too many people don’t seem to value the importance of education,” says Gaebetse.

In his community of Ncweng Village, in the Northern Cape, it’s not uncommon to find primary caregivers who have not completed matric. They are heading households in which their own children are also at risk of dropping out due to push and pull factors at home, at school and in their community.

Gaebetse has witnessed these phenomena first-hand: “I have two sisters that live with me; they are struggling because they dropped out of school. They’ve never held permanent jobs since leaving school, so I know how difficult it can be”.

His personal experience with the challenges that young people face after dropping out, has reinforced his resolve to help learners stay in school. “I hope to help the next generation to finish school and live up to their potential,” he says.

“As an educator, I can bring hope and light,” says Gaebetse, who began his teaching journey as a volunteer. It was then that he discovered his passion for working with learners and ‘moulding South Africa’s future’.

“It gives me pleasure to work with young minds,” he explains.

Gaebetse’s concern about dropout in his community led him to join Yethu Network of Schools as a Champion Teacher.  In this role, he is not only combatting dropout at an individual level, but he is rallying other members of his community to work together to help learners stay in, and succeed at, school.

“Each morning, my first task is to take the daily attendance register and make a note of absent learners. If a learner is absent without a valid excuse, I make a point of following up with their parent or caregiver,” he explains.

The values embedded in the Yethu Manifesto resonate with Gaebetse. “Yethu is a movement focused on combatting school dropout and improving school culture,” he says.

To date, Gaebetse has recruited 19 members to join his Yethu Club. They range from nurses to members of the police service and will help him build systems of support in their community. He explains that having adults from different backgrounds and professions in his Yethu Club will benefit learners at his school, because they will potentially have a variety of resources to draw on.

Facebook0Tweet0
Rising to the challenge: teaching during a pandemic
Giving communities a voice: Yethu Clubs speak up
Scroll